KA-CHING! - Show Me the Money

New exhibition at the National Museum of Denmark

The lucky ones, the hardworking, the alert and the daring can try a brand-new attraction – the Money Shower. But first they have to take a trip through the history of money and win a million in ‘The Money Game’. Here they experience money’s inscrutable ways, and realise that some are born into money, while others struggle for every penny - just like in real life.

Visitors to the exhibition can:

Show Me the Money! 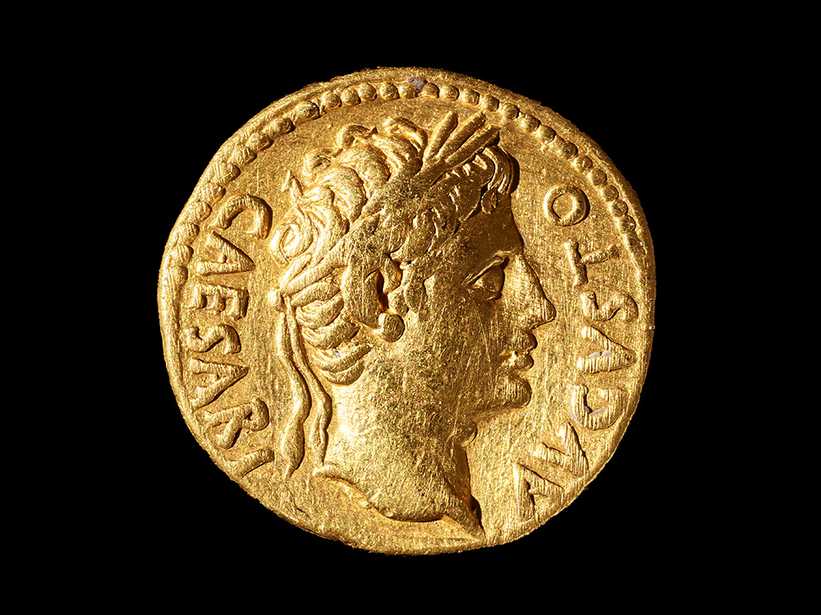 The Roman Empire
Under Augustus (emperor from 31-14 BCE) the Roman Empire issued different metal coins. Silver and gold coins from Rome reached as far as Norway and Vietnam. Copper-alloy coins were only used within the empire.
1 / 11
<
> 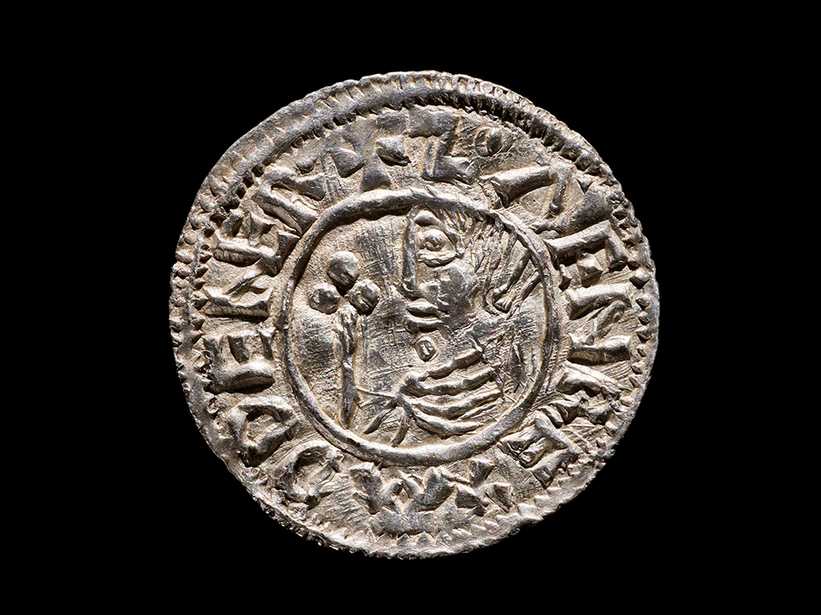 Svein Forkbeard
This extremely rare coin is the first to name a Danish king with the words “SVEN REX AD DENER” (Svein King of the Danes). It was made in Lund around the year 1000 during the reign of Svein Forkbeard
2 / 11
<
> 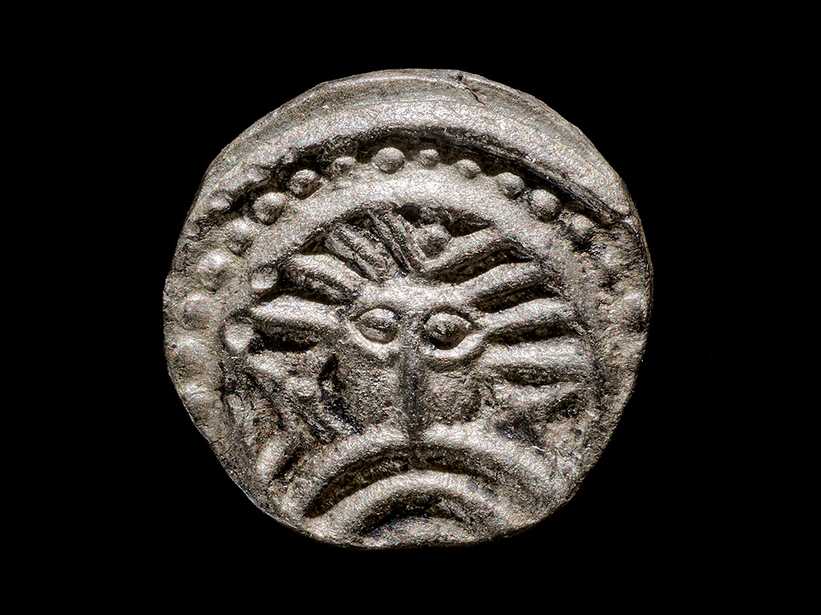 Sceats
Sceats from the 700s were the first coins to be made within the borders of present-day Denmark. These coins come from Ribe and are very rarely found elsewhere in the country.
3 / 11
<
> 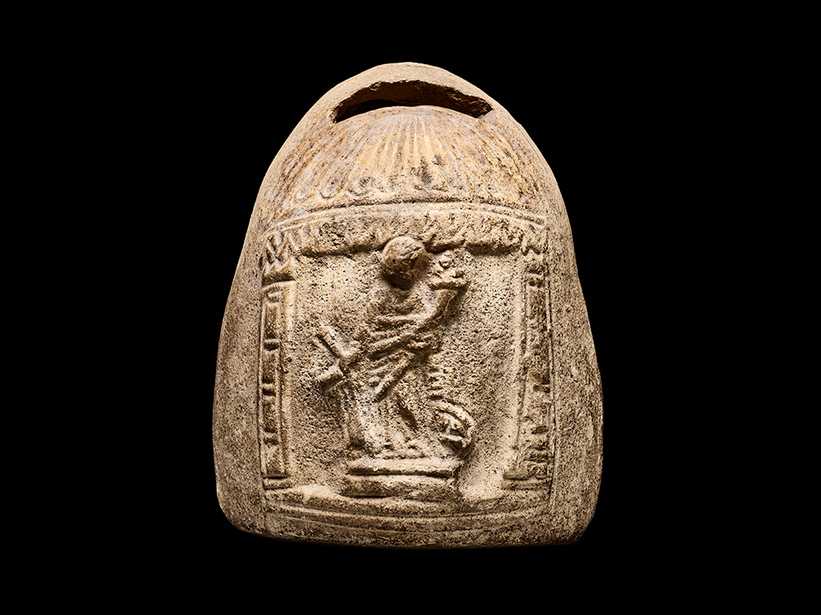 Roman Money Box
Money boxes have been made in the same way for over 2,000 years – a small container with an opening big enough to slot a coin through.
4 / 11
<
> 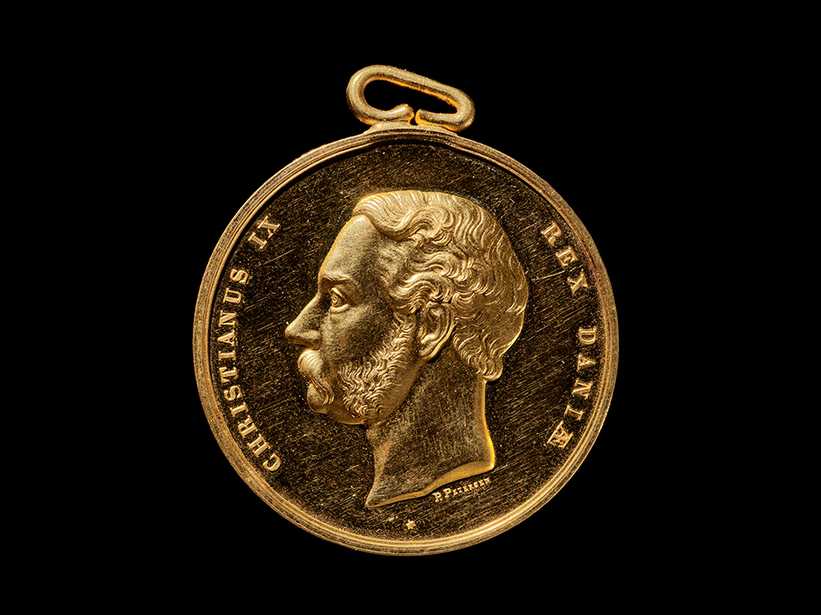 The Order of Merit
The Order of Merit was introduced by Christian VII in 1792. It is still awarded, but rarely in gold. The two gold medals on display were awarded in 1901 to the women’s liberationist and principal of the School of Arts and Craft for Women, Charlotte Bolette Klein (1834-1915), and in 1903 to the physician Niels Finsen (1860-1904). Finsen was awarded the Nobel Prize in Medicine the same year.
5 / 11
<
> 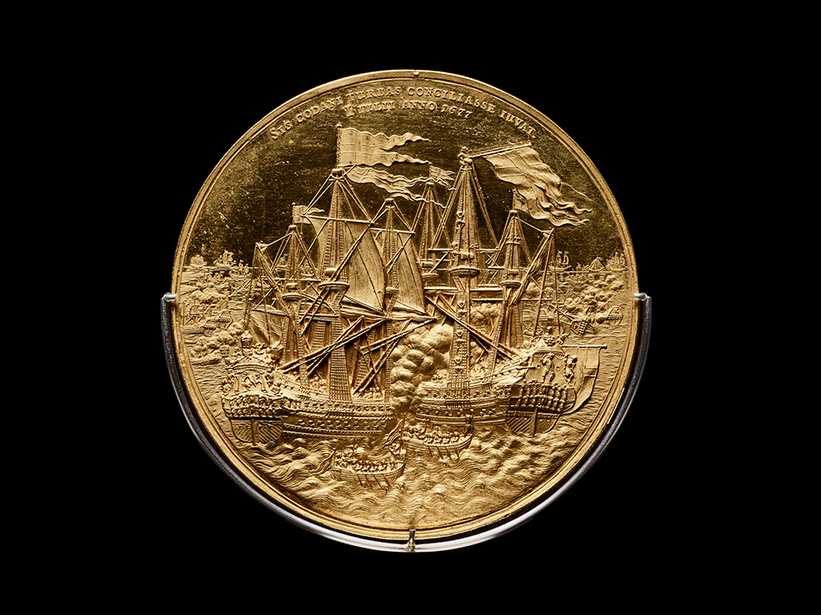 The largest struck medal in the world
This medal from 1686 is the largest struck medal in the world. It celebrates Danish victory in the Battle of Køge Bay on July 1st, 1677. The back of the medal shows the point at which the Swedish ship of the line Mars was defeated and surrendered to the royal Danish ship Christianus Quintus. The image is a tribute to the Danish monarch and not historically accurate.
6 / 11
<
> 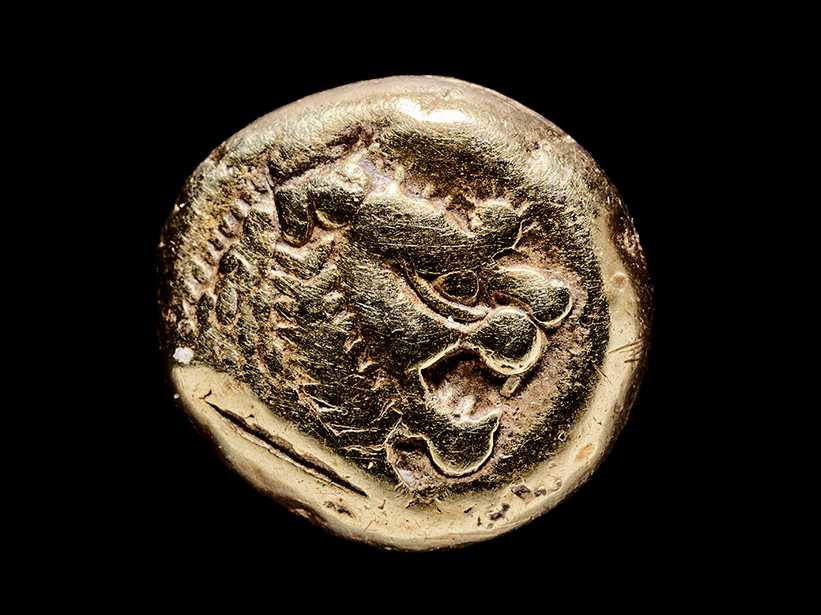 600s BCE
The first coins were struck in the kingdom of Lydia and Greek cities on the west coast of Turkey. They were made of a mixture of gold and silver.
7 / 11
<
> 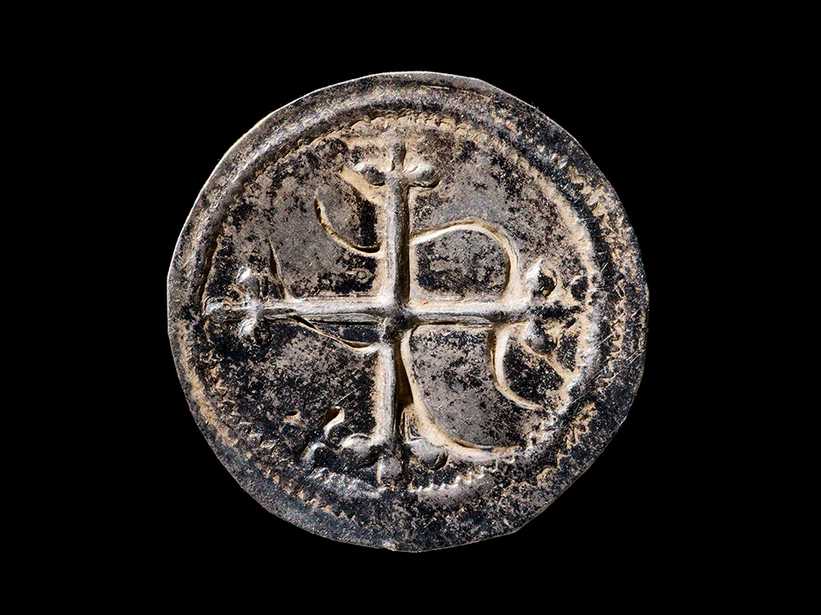 Cross coins
So-called cross coins were made when Harald Bluetooth (who died around 985) was uniting Denmark and Norway. These coins are from Hedeby (Schleswig), which might have been part of Harald’s realm.
8 / 11
<
> 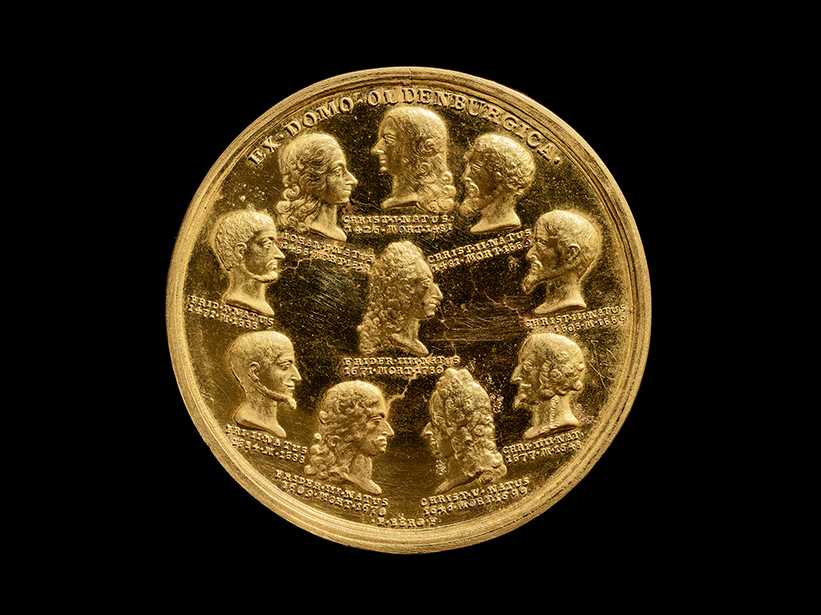 Medal with the Oldenburg dynasty
Many kings chose to depict their predecessors to underline the hereditary privilege of royal power. The dies for the medal with the Oldenburg dynasty were made in 1733, during the reign of Christian VI. His father Frederik IV is surrounded by his ancestors on the back. The portraits of the earliest kings were works of the imagination.
9 / 11
<
> 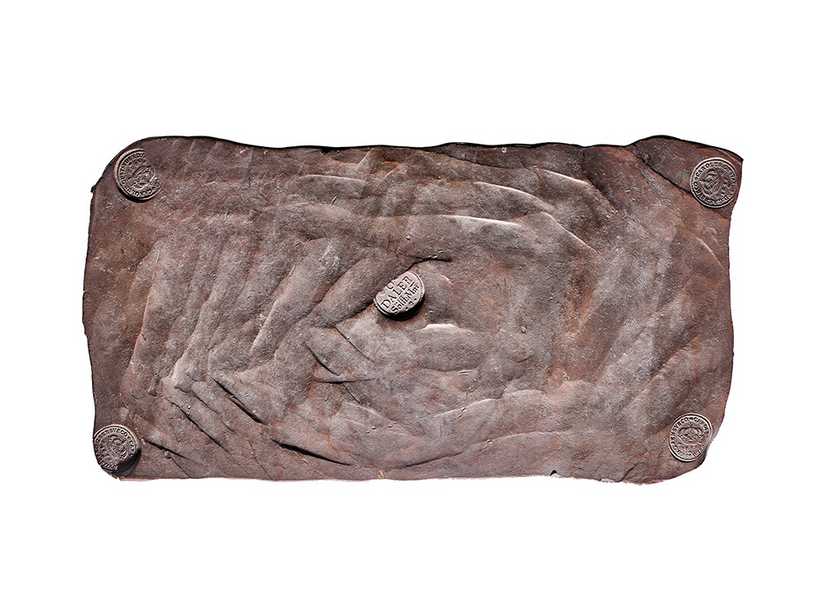 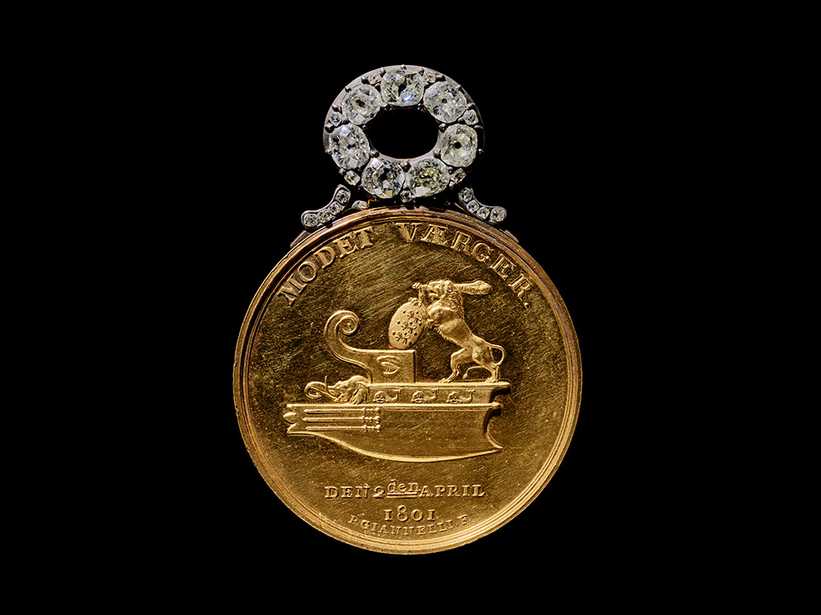 Commander Olfert Fischer
During the 18th century Denmark’s growing and wealthy bourgeoisie had medals made, and new awards were introduced. When the English naval attack on Copenhagen in 1801 was successfully resisted a large number of those who had defended the city, including petty officers, privates and volunteers, were awarded silver medals. Gold medals were reserved for officers. Fleet commander Olfert Fischer was the only one awarded a medal with diamonds on the loop.
11 / 11
<
>

The History of Money in Four Universes

Visitors can earn start capital to invest in The Money Game on the Hamster Wheel, as they learn about the hours we’ve worked in the past to put food on the table and money in our pockets. As in real life, every visitor has a different starting point. Some are born into money, whereas others have to work hard for it.

Throughout history people have been drawn to material possessions and the security, power and prestige they represent. The exhibition’s Showroom presents visitors with a world of luxury packed with valuables, gold, art, collector’s items, medals, archaeological treasures and sneakers, all of which tell a story about of who we are and how we spend our money. The things we consider valuable today could be worth nothing tomorrow. We live in a world where value is a construct in constant flux.

The money system today is part of a complex, global network. Banks, corporations and states are connected to each other by debt. Very few people really understand how the system works. Who creates the money? What do we borrow all the money for? Why does your neighbour have a better loan than you? How are financial bubbles created? Can you make your savings grow? The answers to all these questions and more are waiting for you when you step inside the historical bank in the exhibition.

In the Future we look at the best and worst possible scenarios for our money. The Future is also where visitors can see how they did in the Money Game. If you’re high enough up on the list of winners, you get your headshot on the cover of the money magazine KA-CHING! If you win a million you can look forward to a Money Shower.

For their generous support of the exhibition we would like to thank: